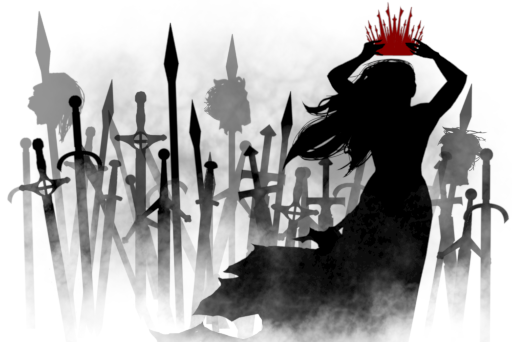 In Act I, Scene v of Macbeth, Lady Macbeth learns three things in quick succession: that a trio of witches has prophesied her husband’s rise to Thane of Cawdor and later king; that her husband has, as prophesied, already been made Thane of Cawdor; and that the king will visit her house that night. Seeing an opportunity to bring the rest of the prophecy to pass, she—one of literature’s most infamous villains—gives her first great, bloody, fanged speech.

And in that speech, she laments her gender.

Come, you spirits
That tend on mortal thoughts, unsex me here,
And fill me from the crown to the toe top-full
Of direst cruelty. Make thick my blood;
Stop up the access and passage to remorse,
That no compunctious visitings of nature
Shake my fell purpose, nor keep peace between
The effect, and it. Come to my woman’s breasts,
And take my milk for gall, you murdering ministers,
Wherever in your sightless substances
You wait on nature’s mischief.
– Act I, Scene v of Macbeth

Gender and villainy—and relatedly, redemption—is a fraught topic, one full of artificial constraints and defied stereotypes.

In the wake of Lady Macbeth’s yearning to be free of her gender so that she might take the action—killing the king—necessary to feed her ambition, Macbeth progresses, and we come to a tired realization: One of literature’s greatest villains isn’t so villainous at all. She shames her husband into killing the king, but never wields the knife. Her bloody hands are born of framing the guards, not murder. She’s not, frankly, guilty of much more than a bit of nagging and bloodying up some already dead men.

In the absence of her hand in regicide or other dastardly deeds, we can conclude only that Lady Macbeth’s villainy, as it were, is her female ambition, a shocking defiance of societal stereotypes. Women are meant to be silent, not assertive; passive, not dominant; happy as a wife, not yearning to be queen. Lady Macbeth’s villainy is nothing more—or less—than the intersection of her gender and her thus-forbidden aspirations.

For that defiance, Lady Macbeth is punished. And as with so many female villains, her punishment comes in the forcible relinquishment of any power she may have: in Lady Macbeth’s case, her descent into madness, her frantic scrubbing of her outsized guilt from her hands. By the time we reach Act V, her husband, too, is well and truly mad, but his power grows alongside his madness. Note, too, the difference in their deaths: her presumed suicide off-stage contrasts with Macduff’s parading her husband’s severed head around for all to see. His ending is suitable for a great villain; hers is an afterthought, a mere footnote highlighting her apparent irrelevance now that she’s properly lamented her unwomanly ambition. Ah, Shakespeare…

To deconstruct female and nonbinary villainy you must, in many ways, start with male heroism—and the inexorable notion that male heroism is fundamentally based on performative hypermasculinity: physical prowess, superpowers, and future tech that enable physical dominance. In 2019, Sirens examined heroism and what it means for women and nonbinary folks to be heroes in a world where the very definition of “hero” is “illustrious warrior.” The societal construct of heroism was designed for cisgender men, and all too often, the notion of heroism as applied to anyone else is absurdly limiting, frequently available only to white cisgender women with swords—and even then generally requiring passive, sacrificial, or even charitable underpinnings.

Given this gendered dichotomy in heroism, you would be right to expect a similar dichotomy in villainy. As the tests for male heroism tend to be forgiving, rewarding hypermasculinity rather than treating aggression and violence as disqualifying, the tests for male villainy are certainly not as simple as “Have you killed anyone?” or “Do you want to be king?” Male heroes, indeed, have killed someone and they of course want to be king. Instead, the test of male villainy seems to be one of either intent or unfairness/mass harm. Do you intend to be villainous? Or are you just misunderstood? Do you perpetuate harm? The right sort of harm? Certainly, perpetuating the white heteropatriarchy is not the right sort of harm. You begin to see how difficult it is to qualify as male villain….

By contrast, it’s all too easy to for everyone else qualify as a villain. Given that everyone else’s heroism is so limited, and often requires a sacrifice, creating female and nonbinary villainy is often as simple as removing that sacrifice. The test is then not of intent or perpetuating unfairness or mass harm, but rather of defiance or power. Lady Macbeth’s villainy was never truly about nagging or planting knives on the guards—or if you want to get technical, co-conspiracy—but about both her refusal to operate within the boundaries prescribed for women and her active seeking of power.

All of this is, of course, by heteropatriarchal design: the overwhelmingly demanding test for female and nonbinary heroism, the seemingly accidentally but meticulously planned casting of all other women and nonbinary folks as villains, the notion that even women who are too effective at reinforcing gender roles are villainous.

Defiance. Ambition. Power. The three things most dangerous to the heteropatriarchy are conveniently the three things that will inevitably cast a female or nonbinary character as a villain.

Villainy, of course, prompts the question of redemption. Because we live in a world of good versus evil, and because we see ourselves as good, we always want to give evil a choice and a chance: redeem yourself or be vanquished.

But redeem yourself from what?

When you consider villain stories, redemption is a cisgender male story. In fact, women are raised to believe that they should aspire to be the sort of good woman who convinces an evil man to give up his villainous ways and settle down and, one supposes, just stop with the torture and killings. He gets to choose, this male villain, and as long as he chooses correctly, he is free to go on his merry way, terrible no more.

Female and nonbinary villains do not get to choose. Rather, as with so many things, they are forced: forced to relinquish their power, forced into death or madness, forced to be subjugated by magic or marriage or children. They must be fragile, destructible, shattered. They must be relieved of their defiance, their ambition, and their power. They must be forced back into the constraints of the heteropatriarchy.

Is it any wonder that so many of our villain stories are feminist revenge fantasies?

In 2019, Sirens examined heroes—and found societal constructs of female and nonbinary heroism unrelentingly limiting. We demanded heroism far greater than what we were permitted.

In 2020, Sirens will examine villains—and we will also demand villainy far greater than what we are permitted.

We very much hope you will join us this October.