I Really Do Believe in Magic

2020 so often feels so isolating, so directionless, full of dangers and impossibilities. When we have an infrequent spare moment, we all seek the most fragile of things: hope, justice, compassion—and sometimes to remember why we love the things we love.

In advance of Sirens at Home, as we contemplate gathering safely online rather than in person with the warmth of the Sirens community, we invited members of that community to write about what speculative fiction means to them. We think you’ll find their essays reassuring, a common touchstone that we all need when we’re adrift, and perhaps a welcome remembrance of something you love.

Today, we present an essay by Shveta Thakrar.

As a fantasy author, I get to say things like I believe in magic, and people smile and think it’s part of my carefully cultivated enchanted persona. But the thing is, I really do believe in magic. Just as much as I believe in the power of story to shape our world and what we hold to be true about it.

To me, speculative fiction—fantasy in particular—is a kind of spell. It’s a way to reimagine the world and even the universe we live in, to correct for the injustices all around us and encourage us to do the same in our own reality. When people speak of escapism, they’re usually deriding it, but I think we all deserve a vacation of the imagination and spirit. What’s wrong with having fun for once, especially when times are dark and life as a whole feels like a never-ending slog?

In fact, let me quote Neil Gaiman here: “Fiction can show you a different world. It can take you somewhere you’ve never been. Once you’ve visited other worlds, like those who ate fairy fruit, you can never be entirely content with the world that you grew up in. Discontent is a good thing: discontented people can modify and improve their worlds, leave them better, leave them different.”

The way I see it, yes, one of my responsibilities as a storyteller is to entertain. That without a doubt—I write the fun adventures about people like me I didn’t have growing up, and I always will. But I also write to suggest alternative ways of thinking and acting beyond those we have accepted as inevitable—as that’s just the way it is. It’s my job to offer readers enough inspiration that they might open their own imaginations and consider new possibilities both for themselves and for the bigger problems we face as a global society. Kind of like how in Star Daughter, Sheetal and her stellar family inspire the humans they interact with. I want readers to understand how powerful they really can be.

You have to know that your voice matters before you can think to use it to make a difference. Fiction can teach that, especially speculative fiction that steps outside the ordinary. I know having had a book like Star Daughter when I was growing up in a tiny Midwestern town would have made a huge difference in my life as a teen. It wouldn’t have rescued me from that terrible situation, and it couldn’t have spared me the pain I went through, but it would absolutely have offered me hope that there was more waiting for me once I got out. And knowing that would have been precious beyond measure.

Fantasy sparked my imagination and helped me begin to question the world and the things we take for granted. It guided me to dream and demand more, to grow my wings and soar above those who couldn’t truly see me. It insisted I never settle, and I didn’t, not even when others told me I was being foolish to think anyone would care what I had to say. I dreamed, and I worked hard, and eventually my dreams came true. That right there is magic, and that is why I’ll keep writing and reading fantasy, now and always. 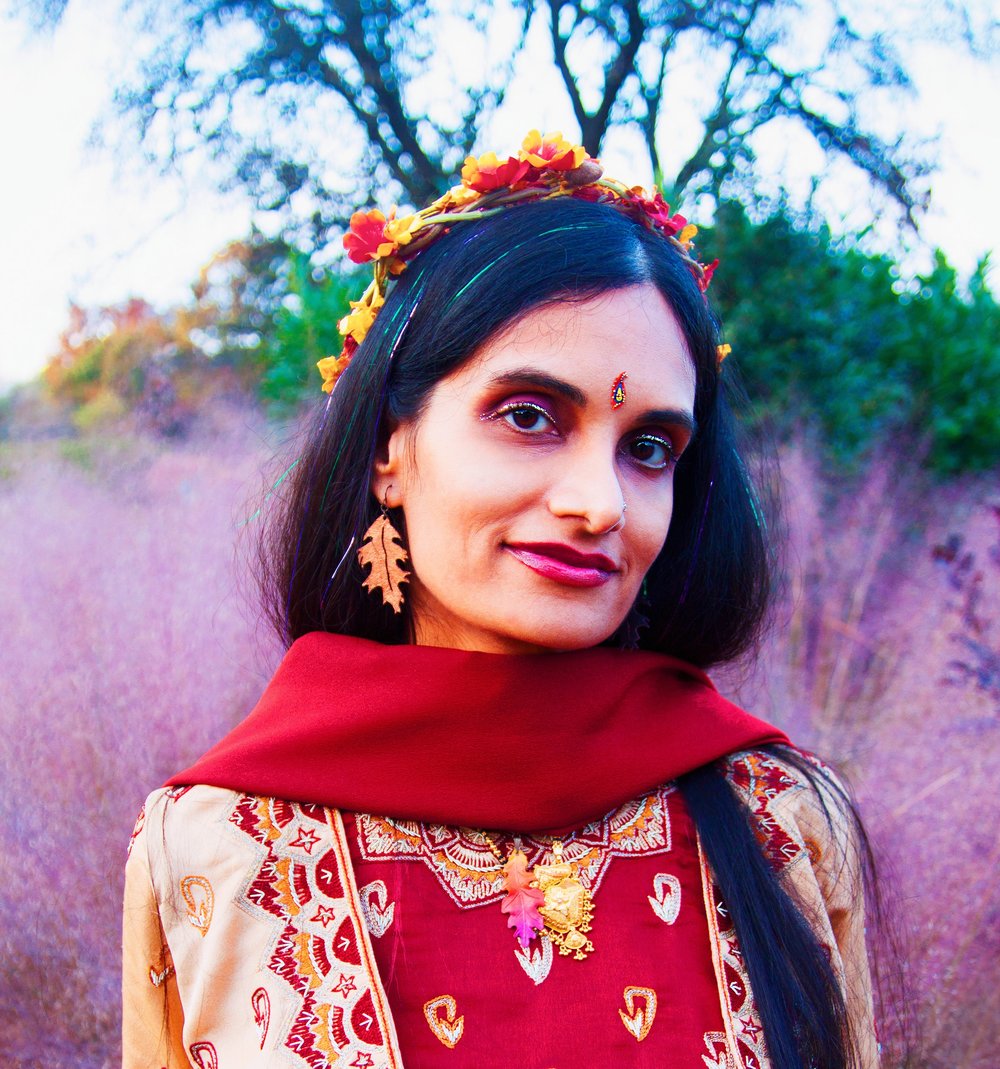 Shveta Thakrar is a part-time nagini and full-time believer in magic. Her work has appeared in a number of magazines and anthologies including Enchanted Living, Uncanny Magazine, A Thousand Beginnings and Endings, and Toil & Trouble. Her debut young adult fantasy novel, Star Daughter, is out now from HarperTeen. When not spinning stories about spider silk and shadows, magic and marauders, and courageous girls illuminated by dancing rainbow flames, Shveta crafts, devours books, daydreams, travels, bakes, and occasionally even plays her harp. You can follow her @ShvetaThakrar on Twitter and learn more about her work on her website.