Read Along with Faye: Food of the Gods by Cassandra Khaw 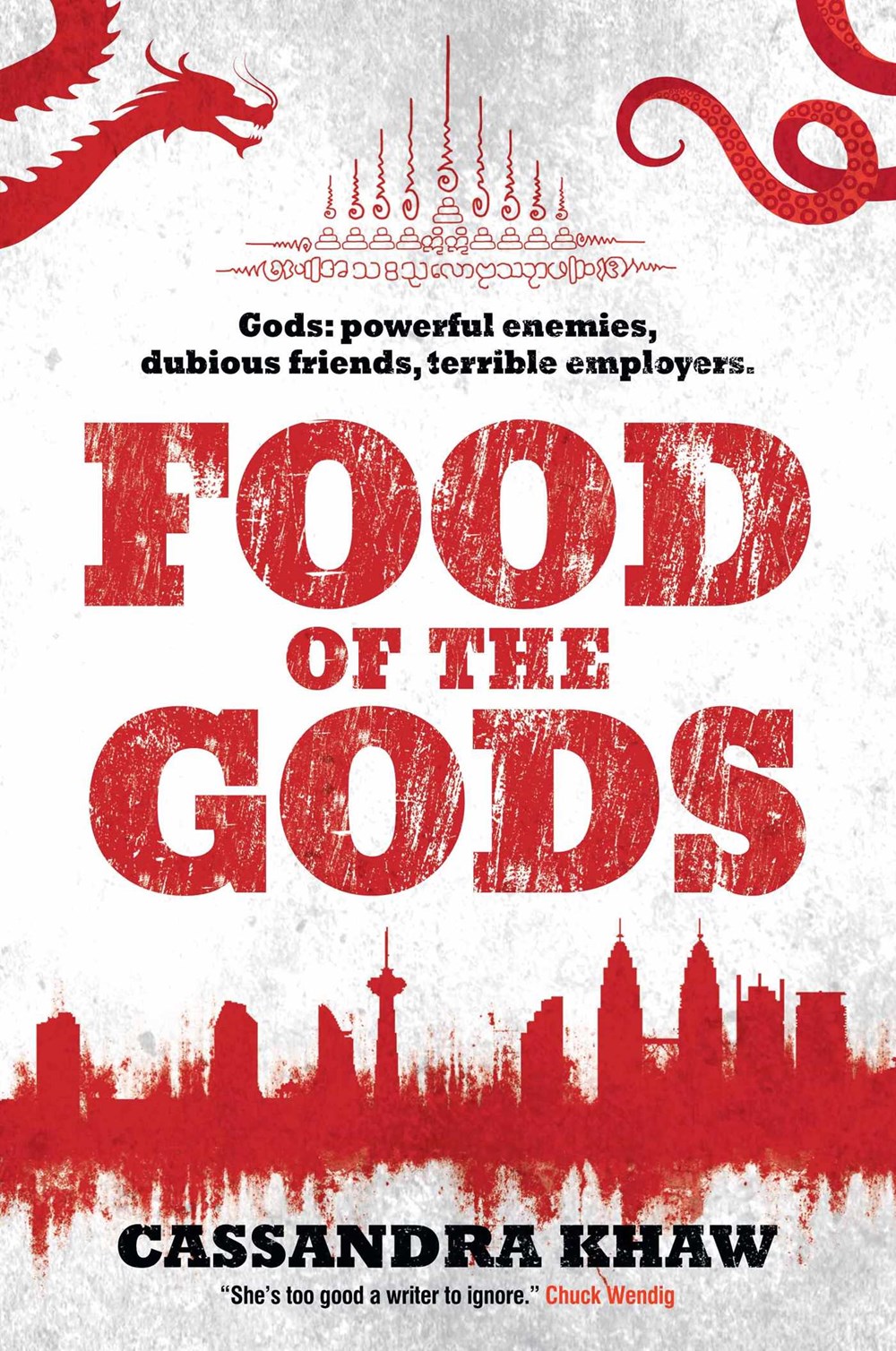 Going into Food of the Gods, I knew absolutely nothing except that Amy Tenbrink said this was her favorite book of 2017. Amy and I are book friends most of the time, so I knew I would pick this up eventually… and I now know so much about her in why she loves this book.

Rupert Wong is a cannibal chef for the gods by day, and a pencil pusher for the Diyu (the Ten Chinese Hells) by night. He does this to work off his karmic debt, having done some very bad things in his life so far, in the hopes that by the time he actually dies, his soul might not be condemned to eternal damnation slash Even Worse Things. And Rupert, bless him, is supremely talented as a chef, and also supremely witty as an employee, so much so that he’s (dare I say) kept around for both his skills and entertainment for the benefit of his divine employers.

But first, an aside: wow, I wasn’t sure how to feel while reading Food of the Gods. It’s obvious that Cassandra Khaw loves food as much as I do, but Rupert is literally preparing flesh—a deceased adult film actress features in a memorable scene—as he slices, dices, spices, reduces, seasons, smokes, and otherwise prepares feasts for his deific masters. I didn’t know whether to feel revolted or hungry, because Khaw does not hold back on the exceedingly gruesome detail, but all that flesh simmering in a curry, hmm… “Human is very similar to pork, after all.”

What Khaw also does fabulously is her modern, occasionally fourth-wall breaking mythology. It’s the cooler, hipper version of Neil Gaiman’s American Gods with a similar idea of the gods of different faiths being at war with one another, but with way more panache and way less pretentiousness. (The modern gods include a YouTube cat.) I didn’t know that Food of the Gods was a combination of two novellas, but after the fact, it makes sense that I’ve read two separate Rupert adventures that have two different, episodic plots.

Rupert Wong, Cannibal Chef takes place mostly in Kuala Lumpur in the first half, where Rupert has to solve the mystery of who murdered the ocean god Ao Qin’s daughter—with a cast of ghouls, gods, spirits and divine beings you don’t normally see in fantasy (Rupert convincing a legion of kwee kwia spirits not to unionize is the funniest). This is followed by the most hilarious plane ride—those with annoying flight companions will relish Rupert’s revenge on a snotty teenager—and then Rupert Wong and the Ends of the Earth, which is set in London where the Greek pantheon has set up shop. There, Rupert is on loan for his cooking skills, but finds himself in the middle of a Sisyphean gambling ring and the family drama the Greek gods are well-known for.

As a reader who prefers less commonly-explored settings in urban fantasy, I preferred the first installment, but I appreciated Khaw’s lens of showing us London through Rupert’s eyes—he absolutely doesn’t understand how these Greek gods can be so callous and uncivilized. Some of the plot was lost on me, as I found myself distracted by witty zingers and descriptions of food and cooking. But the writing is so delightful, and Rupert, despite being a genuinely selfish asshole, still tries to do the right thing and often does, even for the “wrong” reasons (wanting to be a better person for your lady friend is not that bad, Rupert!). And even though Rupert’s the main character, most of his good deeds involve helping women do what they need to do on their own terms. It nearly kills him to take a compliment from Demeter, who tells him that he is a good person.

Will you like Food of the Gods? I don’t know, but I did. It’s truly absurd. It’s most definitely unique. (It’s not an easy read, especially if you’re reading a print copy and the page margins are smaller than average?) But if you love wordplay, clever mythology, copious descriptions of food, a plethora of witticisms and a bumbling, yet somehow endearing hero, you’ll overlook the out-of-left-field plot and enjoy the onslaught of detail. And most definitely, if you’re a lawyer, this is totally your jam. By the end of the novel, Rupert essentially gets his freedom through lawyering! And contracts! Two opposing gods with claims on his employment can’t decide which contract supersedes the other. Lulz.

Next month’s book: Her Body and Other Parties by Carmen Maria Machado