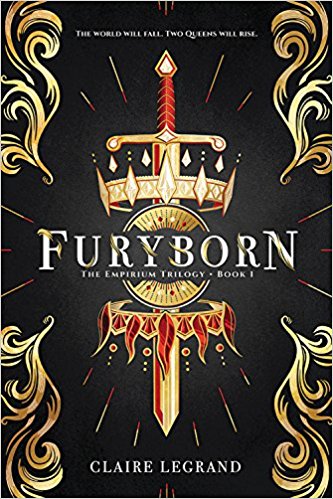 Instead, we value any number of flashier things: talent, danger, a metaphorical or even literal high-wire act. As if, simply by instilling challenges or drama or a 30-foot drop into the process, the outcome will be more satisfactory. More successful.

I’ve been considering this recently for any number of reasons, not the least of which is watching the United States’ 2020 presidential campaign season roll out appallingly early. And while so much of so many things is gendered, even putting that aside, we—societally—would rather an Icarus than an Ariadne. Better to fly too high and perish than to quietly get shit done. Better to shout platitudes from a metaphorical mountaintop than to offer a workable, detailed plan.

And that goes for our media as well. I watch a ton of reality television, much of it competition reality shows. But I recently realized the profound difference between watching Top Chef or MasterChef and watching Ina Garten or Martha Stewart cook. The former is designed for fireworks: appliances that don’t work, forced partnerships, ingredients that no one should ever have to combine. In many ways, the show is the player’s antagonist, just as much as the other contestants. These shows are competitive, challenging, exciting—but they’re also very much designed for our “go big or go home” society, to elicit spectacular success and spectacular failure.

Conversely, have you ever sat down and watched Martha Stewart bake? Not with a guest, where she’s quite happy to show you her competitive side. (Her dirt cake is better than yours.) But just watched Martha, in a kitchen, by herself, doing what she does incredibly well?

It’s profoundly comforting, even relaxing. Sitting on your couch, watching a hyper-competent woman do what she does best. Nothing is going to go wrong. The oven will work, the ingredients will be there, the cake will not be burned, the decorating will be glorious. This experience—this experience of having a predictably successful outcome—is what we devalue, what we elide, what we gloss over and play down and underestimate. The pleasure of watching someone do something that they’re great at, no muss, no fuss, no fireworks, no disasters, just a dang beautiful cake.

I tell you this so that you will understand what high praise it is when I tell you that Furyborn is gloriously, magnificently competent.

Claire Legrand’s Furyborn is the first in the high-fantasy Empirium Trilogy. In the world of Avitas, legends tell of seven saints, each of whom mastered an element of empirium, which seems to be little magical particles that float around like golden dust motes. Even in the today of the immediate story, certain people have an affinity for one of those elements: sun, shadows, fire, and so on.

But prophecy tells of two women who will be able to master all seven elements, one queen of sun and one queen of blood. One seemingly good, one seemingly bad. One will save the world, one will destroy it. And so on. You all read a lot of fantasy: You know how this prophecy thing goes.

And after the usual sort of prologue that assures you that things will get very bad before the end, the book opens with Rielle, a lady of Celdaria, who is a pretty typical fantasy teen: She wants to skip her lessons, ride illegally in a horse race, and fuck the prince. Good for you, Rielle. But you find out pretty early on both that Rielle can wield all seven elements and that that fact is an unpleasant surprise to the (mostly male) leadership of Celdaria. She seems to be a queen of prophecy, but which one?

Rielle’s story is one of a headstrong girl, stifled all her life, told to keep her power secret and safe, told to stand aside as the boy she loves weds another. It’s the story of a grief-stricken girl who accidentally killed her mother years ago, which also cost her a relationship with her father. It’s the story of an immensely powerful girl who is still told that she is less: dangerous, uncontrollable, unpredictable—but that she can redeem herself by agreeing to use her power only to serve the king.

But Rielle’s story is not the only story. Across the sea, 1,000 years later, we have Eliana, the Dread of Orline, seemingly crafted for all the Lila Bard fans of the world.

Eliana’s father is dead, her mother is disabled, her little brother is adorable, and she’s the sole breadwinner for her family. Which she does by catching and killing rebels for the Emperor. She’s not always happy about it, especially when best friend-and-lover Harken prods her about it, but it puts food on the table. Oh, and her body can magically heal itself. She is, for the record, both a woman of color and bisexual, though her on-page sex is only with men.

Eliana’s story blows wide open when, on the same night, her mother mysteriously disappears and she encounters the Wolf, a deadly rebellion operative. She strikes a bargain with him, which she regrets at least half a dozen times, and ends up making her way through the Red Crown revolution, picking up pieces of the puzzle along the way.

Legrand tells her story in alternating point-of-view chapters, which many of you know is a bit of a bee in my bonnet. Here, it’s frustratingly worse, because those alternating point-of-view chapters are set 1,000 years apart, and Legrand must compensate not only for the usual loss of momentum by shifting characters, but the additional challenge of shifting entire plotlines. Which she does by making each chapter, more or less, a cliffhanger, which makes for compulsive, if somewhat aggravatingly so, readability.

But, people, this book is competent. The world is good, the characters are good, the plot is good, the magic is good, the writing is good. And even better, the third rails that have been blowing up my enjoyment of an awful lot of young-adult high fantasy lately aren’t here. The worldbuilding makes sense: There are no absurdist canons, like a world that can have this but not that, a king but not a queen, a fall but not a spring. The characters aren’t hateful: Though both Rielle and Eliana are surrounded by too many men telling them what to do, most of the time they fight back, assert themselves, do what they want to do. While both Rielle and Eliana have unexplained powers, the magical rules stick and we don’t learn late in the game about that one last power that will help them save the world. (At least not yet. There’s no world-saving in book one.)

And what a lovely reading experience it was. About 100 pages in, when I realized that nothing was going to go horribly wrong in the reading process, that I could just relax and read the book…I just relaxed and read the book. What a delight. What a joy. What competence.