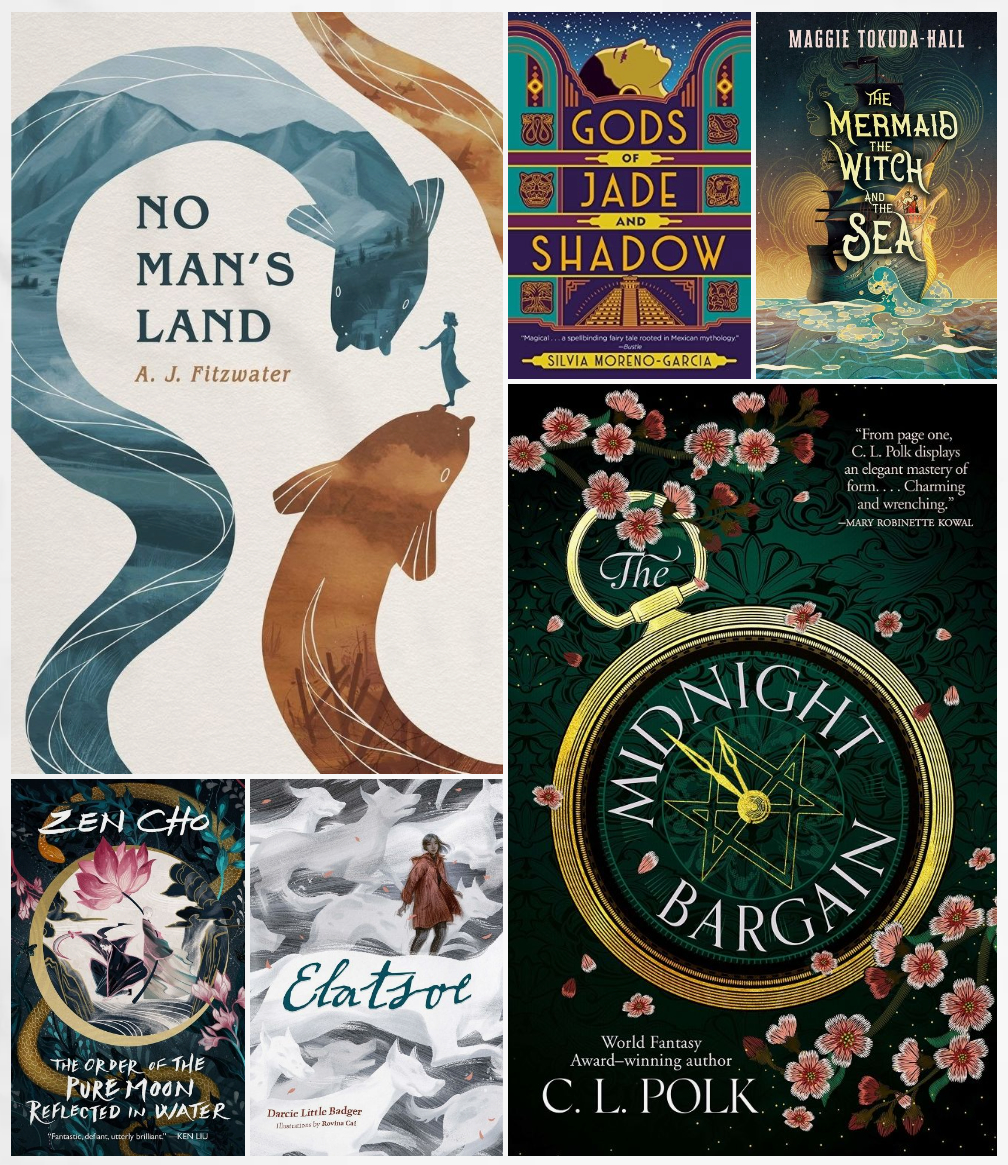 This is, quite simply, a selection of books that have brought me joy over the last year or so, a time when I particularly appreciated daring, hopeful speculative fiction. These books all have the sense of wonder that I love in the fantasy genre, whether that wonder comes from whisking you off to a new world or from making it feel like magic is just in your peripheral vision, waiting for you to recognize it. In addition to a strong sense of place, these stories feature characters that embrace their identities and forge connections and community. I hope that they continue to bring joy to new readers.

Lily Weitzman is a programming, outreach, and communications librarian in Boston, Massachusetts. On any given day, she might be found leading a poetry reading group, managing the science fiction and fantasy collections, teaching technology skills, or helping you find the title of that book you heard about on public radio. She has previously worked on a Yiddish oral history project and volunteered as an aquarium educator. Outside the library, Lily chairs the Yiddish Committee at Boston Workers Circle.