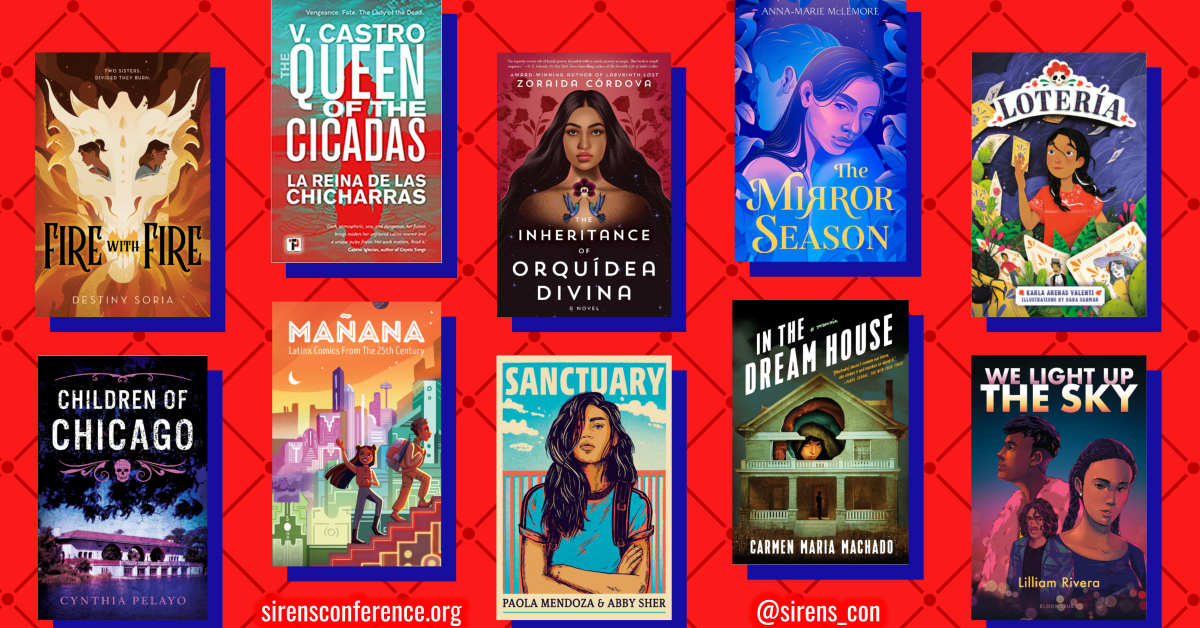 Tomorrow marks the start of National Hispanic Heritage Month (September 15-October 15) in the United States, and we’re delighted to bring you 10 new books by Latinx authors released in the last year or so, to update our 2020 list of Fifty Latinx Authors and Books and grow your TBR list even further! Some are names longtime Sirens will recognize, others we hope will become new favorites—and it goes without saying that this list is far from comprehensive.

(Note: We know the identifier “Latinx” continues to be contentious in many circles; as a conference on gender in speculative literature, Sirens uses the term to signal inclusivity to genderqueer, nonbinary, and nonconforming individuals that share markers of language, geography, and race—and will follow the lead of Latin American queer scholars. There are a number of articles addressing the history and usage of the term such as in Mother Jones, NPR, and Pew Research.) 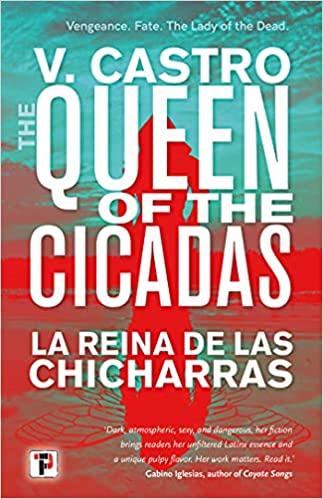 1. Queen of the Cicadas by V. Castro

Told in dual timelines, this mythic novel features Belinda in modern-day Texas at her friend’s wedding, at the same site where farmworker Milagros was brutally murdered in the 1950s. Milagros’s death ignored by everyone in the town except by the Aztec goddess of death, Mictecacíhuatl. Belinda realizes that the urban legend La Reina de Las Chicharras (The Queen of the Cicadas), meant to scare children, is actually real… and her fate is irrevocably tied to the events of 70 years ago. 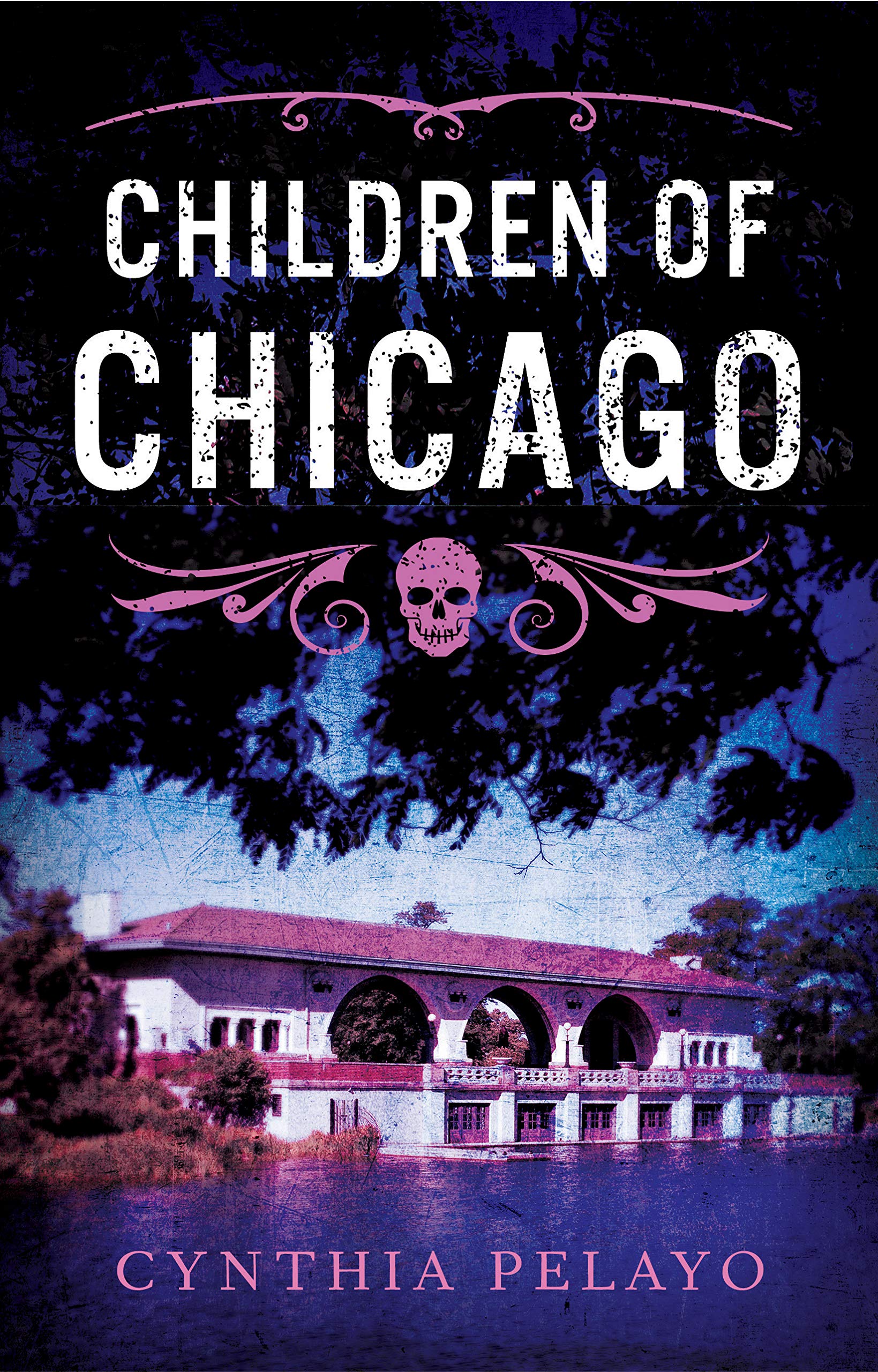 2. Children of Chicago by Cynthia Pelayo

Interweaving horror and fairytale, police procedural and thriller, Pelayo features Chicago’s Humboldt Park communities in this modern-day retelling of the Pied Piper. Detective Lauren Medina is determined to get to the bottom of what’s happening to the city’s young victims, even if it means unearthing her own painful family secrets. 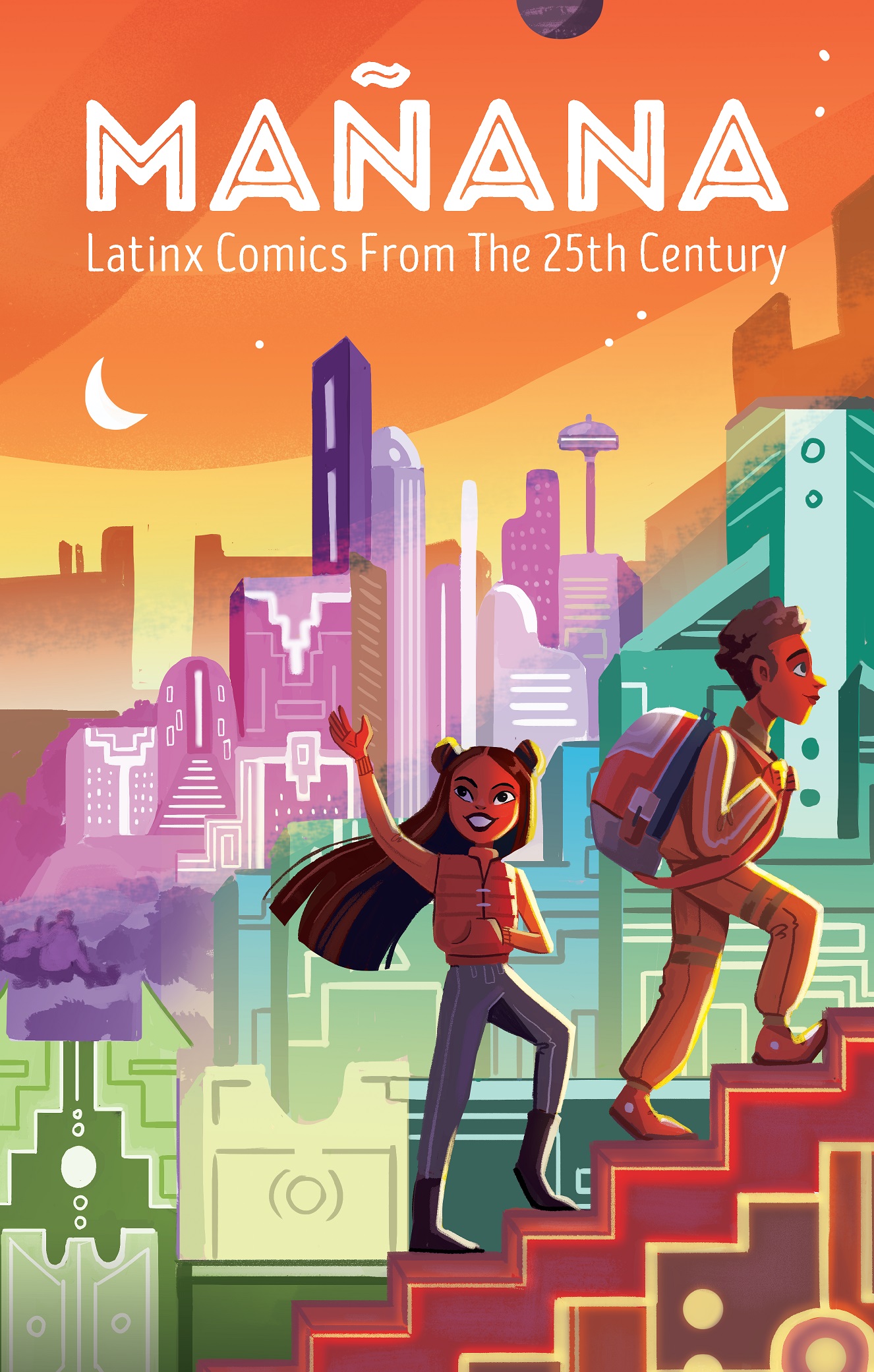 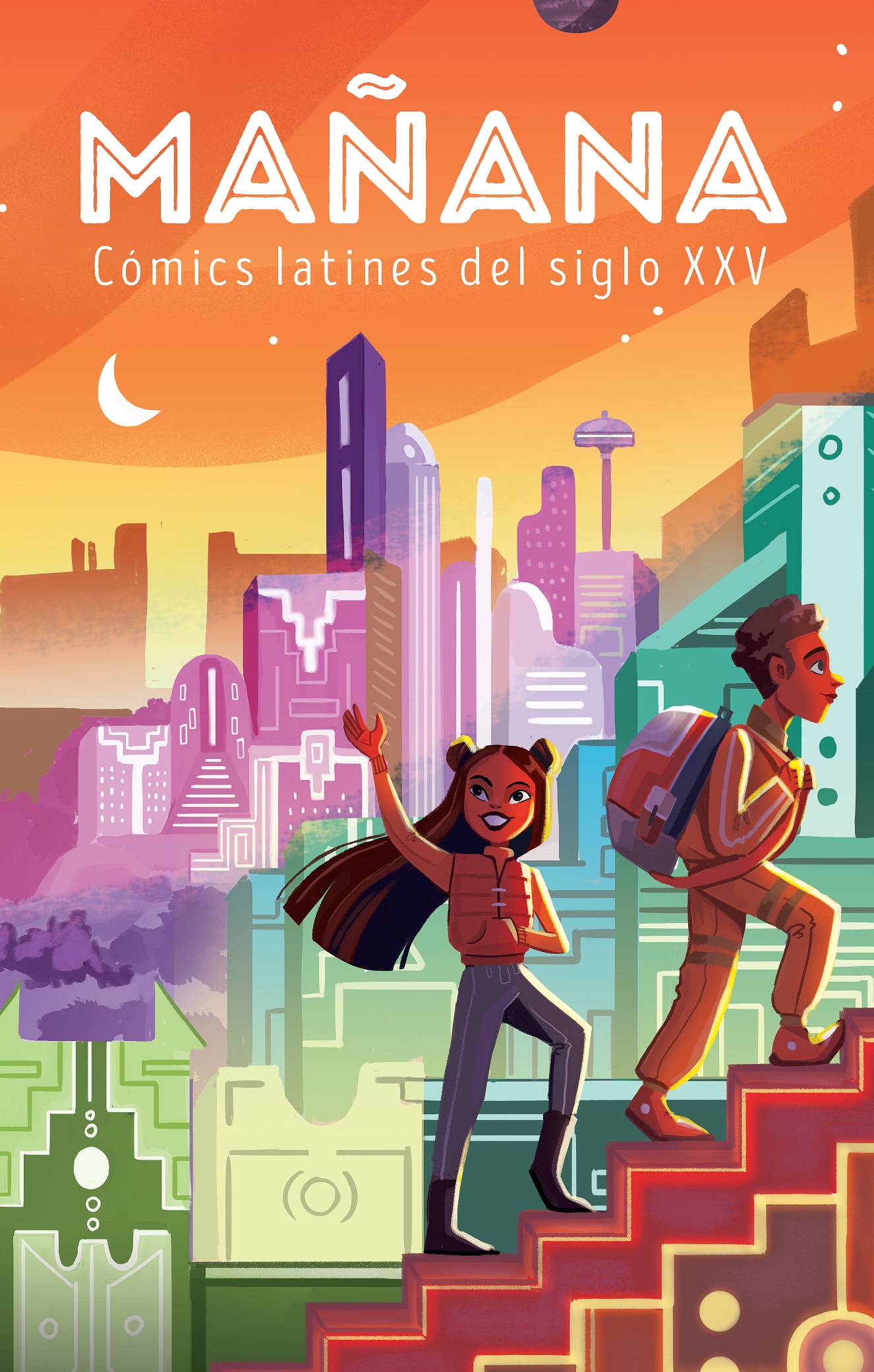 From 2021 guest of honor Joamette Gil, this crowd-backed speculative comics anthology is in its final stage of fulfillment with physical copies imminent. 27 young adult stories set in 2490s Latin America span 300+ pages, envisioning radical futures from Latinx creators throughout the diaspora, including post-apocalypse, liberationist utopia, and slice-of-life magical realism. Released simultaneously in both English and Spanish. 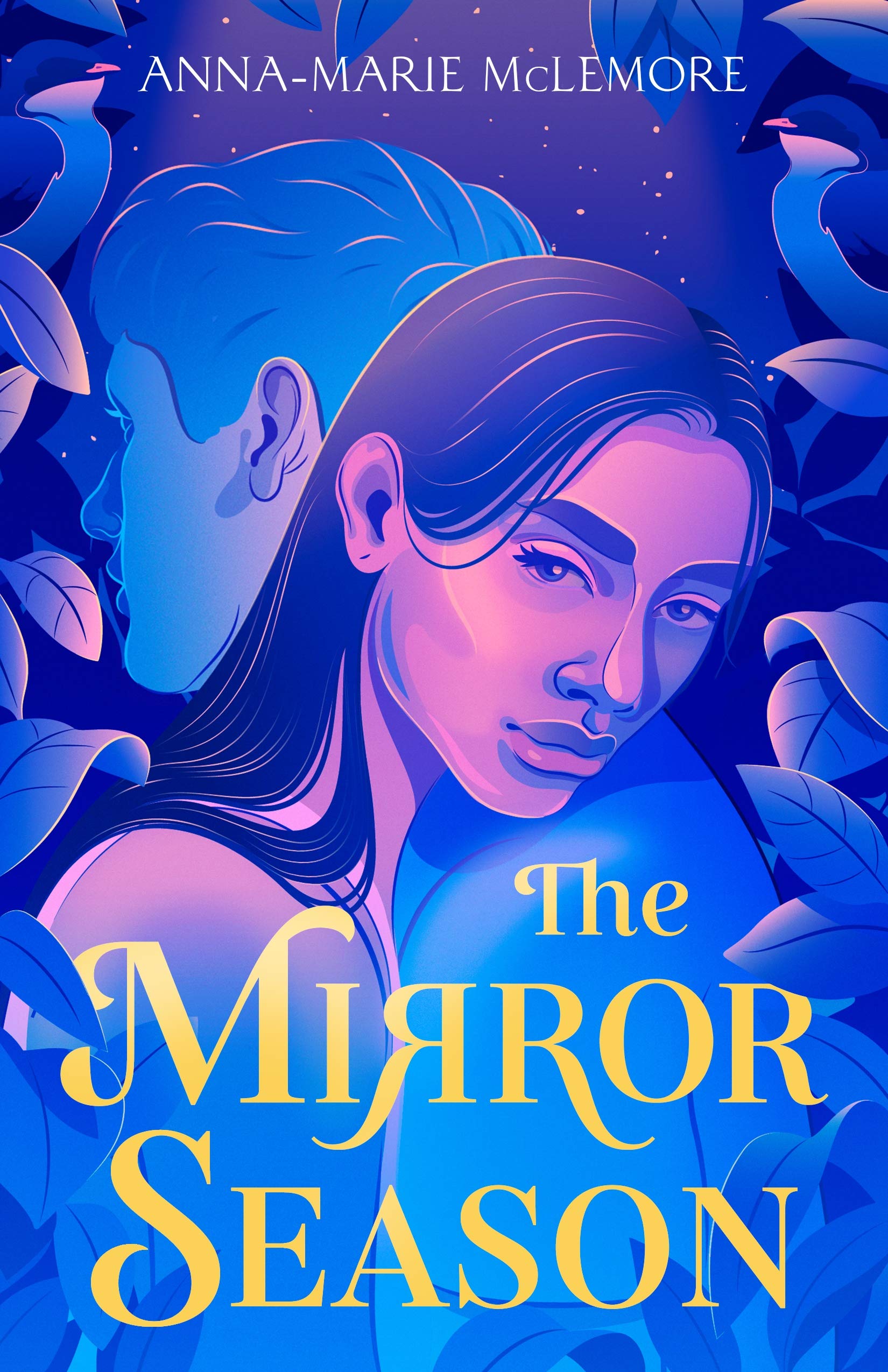 4. The Mirror Season by Anna-Marie McLemore

Sirens attendees from 2018 might recall guest of honor Anna-Marie McLemore’s seminal keynote. The Mirror Season centers on Graciela who develops a tentative friendship with a boy she barely knows, after discovering they were sexually assaulted at the same party. With a magical bakery, an otherworldly secret forest, and mirrored glass with complex magic, McLemore pens a testament to survival and a love letter to their queer Latinx communities. 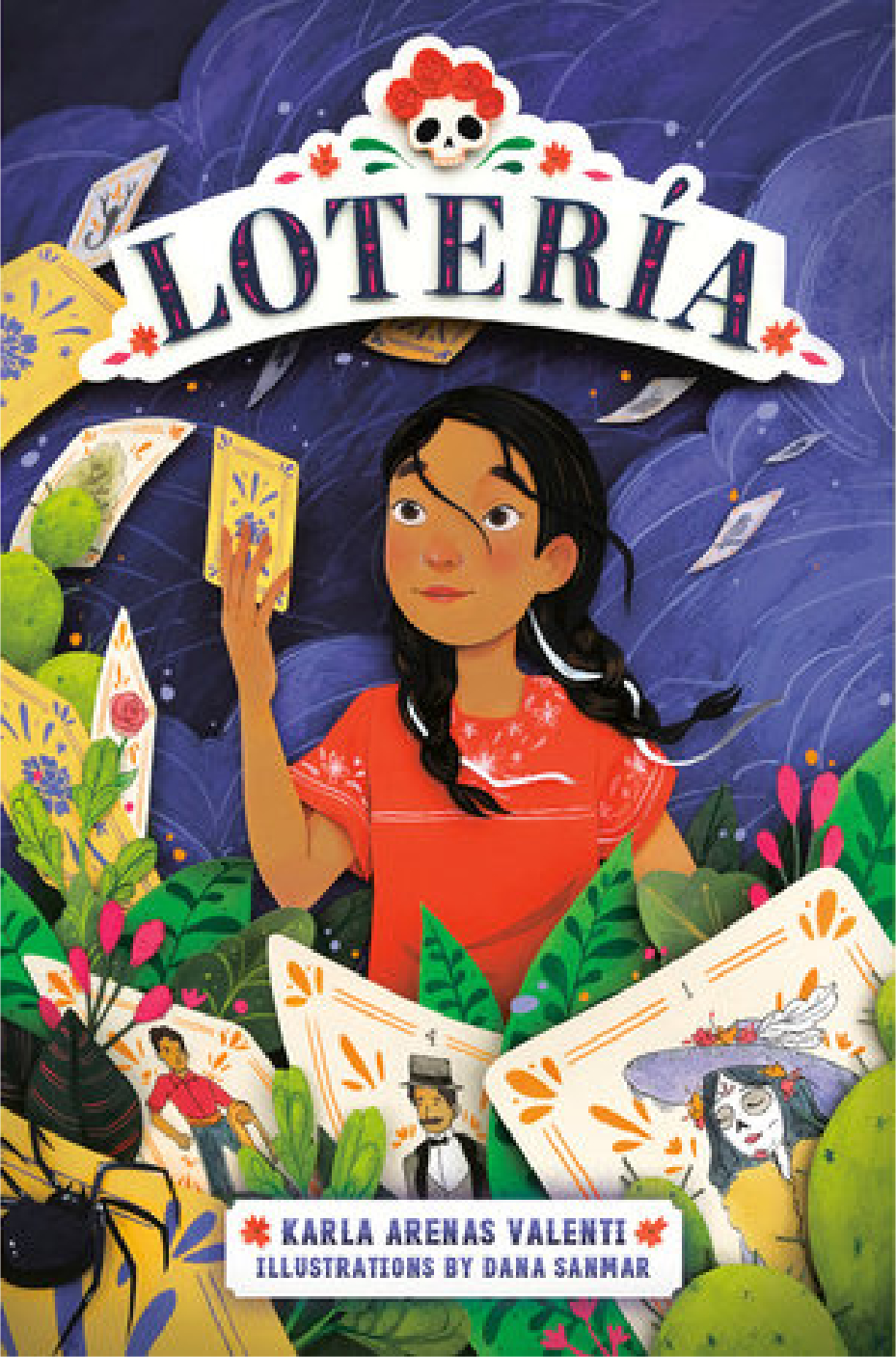 With chapters structured through the ancient game between best friends Life and Death, a girl’s fate hangs in the balance. A middle grade magical realist adventure that interweaves themes free will, choice, and destiny, Clara embarks on a portal fantasy to find her missing cousin. Rich with symbolism and imagery in the cards dealt, this book asks readers of all ages all the big, philosophical questions. 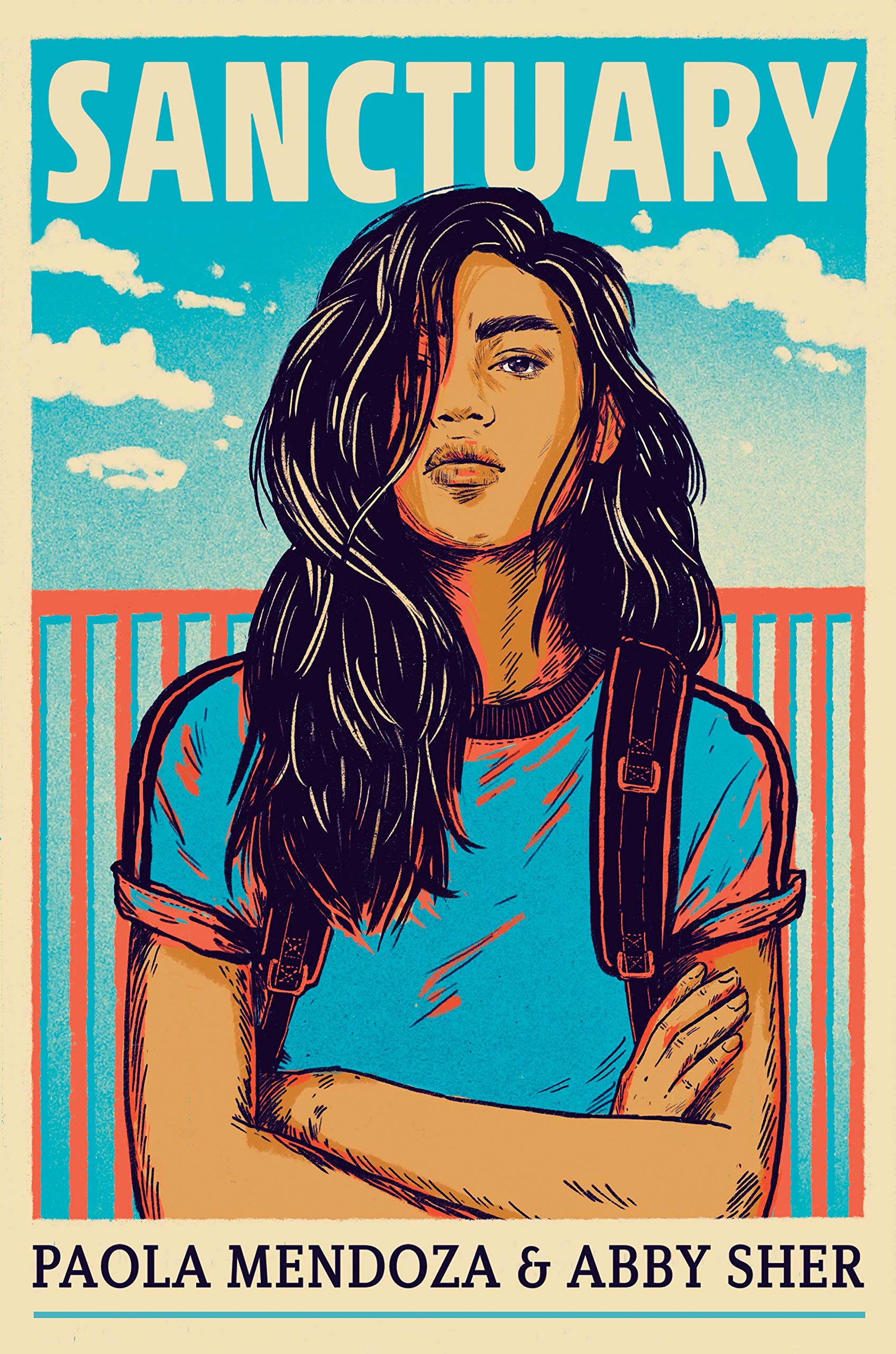 A YA envisioning of a horrific future United States where a wall has been built between US and Mexico. It’s 2032, and everyone is chipped and tracked—but Vali is undocumented, and when her mother’s chip malfunctions, their family’s carefully set life in Vermont is uprooted. Vali and her younger brother must make their way to California, a sanctuary state, on foot, in a journey that’s visceral, heartbreaking, and all-too-possible. 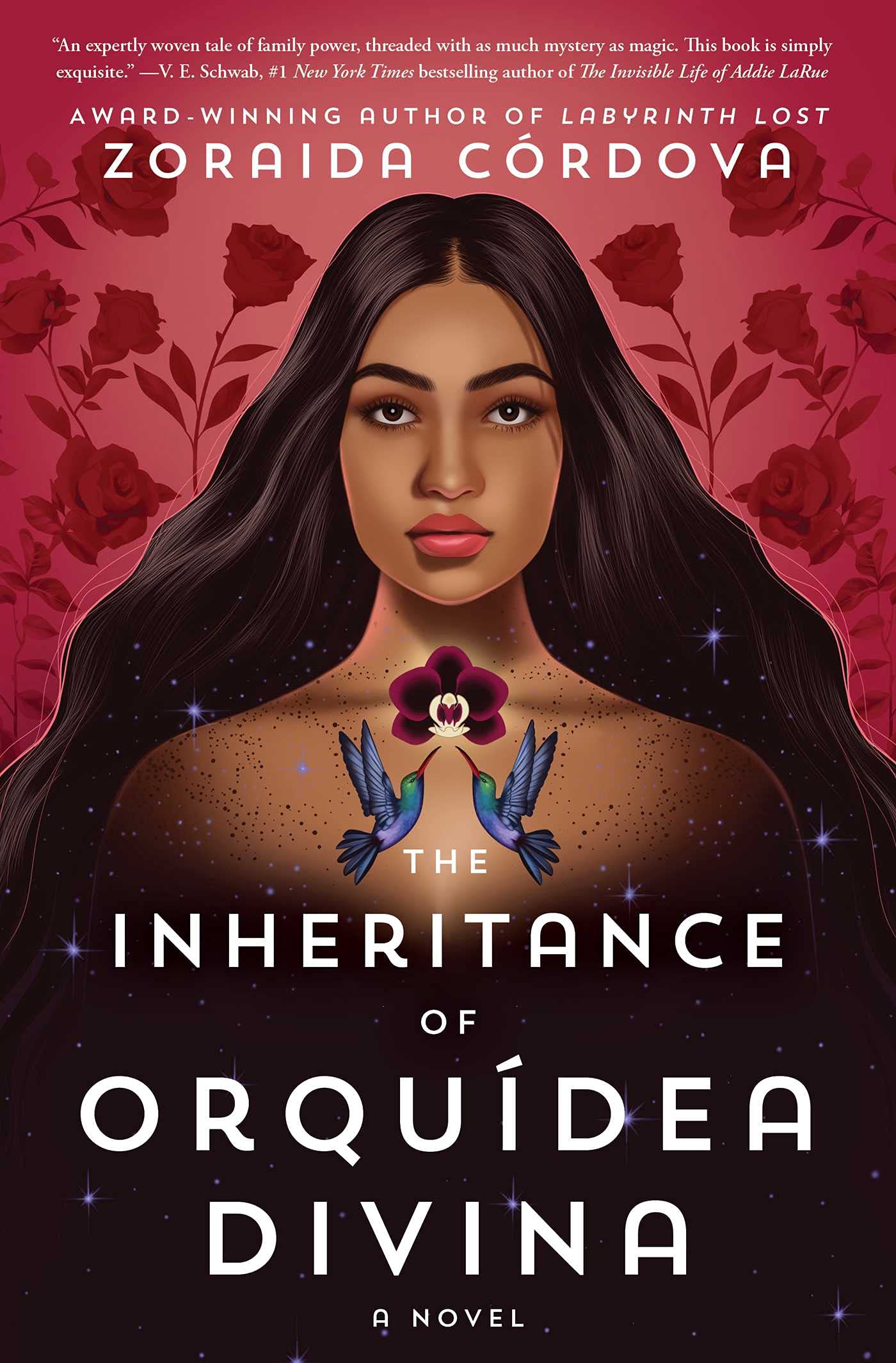 7. The Inheritance of Orquídea Divina by Zoraida Córdova

2017 Guest of Honor Zoraida Córdova makes her adult debut with this sweeping, multi-perspective family story. The Montoyas know not to question inexplicable things, but when they flock to their ancestral home to attend the funeral of their matriarch, Orquídea Divina, they’re left with more questions along with their inheritance gifts. Seven years later, four descendants travel back to Ecuador to uncover Orquídea’s buried secrets before a hidden figure destroys their family tree. 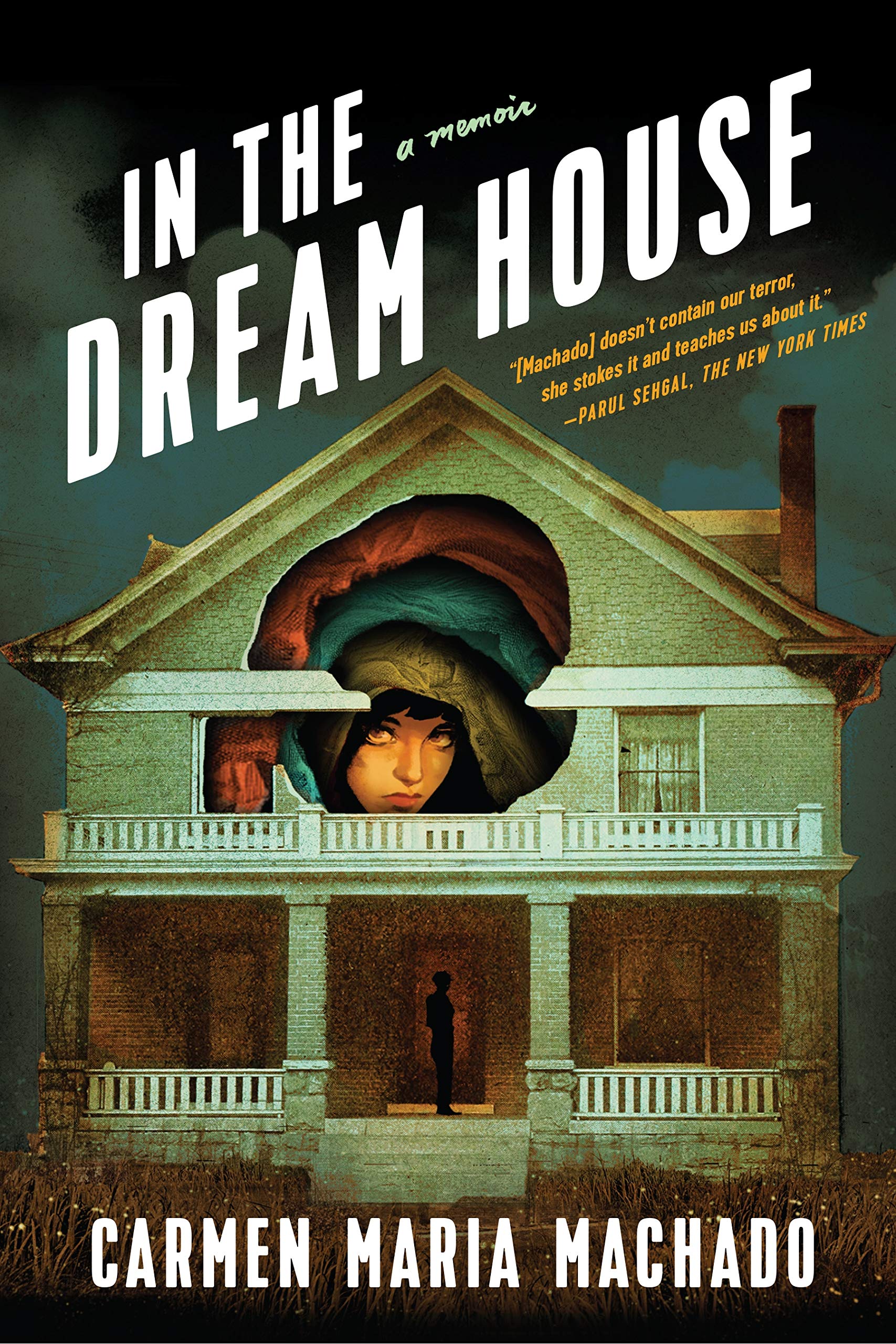 8. In the Dream House by Carmen Maria Machado

From the acclaimed author of the Sirens-favorite short fiction collection Her Body and Other Parties, Carmen Maria Machado uses literary tropes and genres (such as the haunted house, the romance novel, and choose your own adventure) in her stunning, inventive memoir. In it, she tackles difficult personal subject matter—her experience in an abusive queer relationship— with wit and incisive commentary. 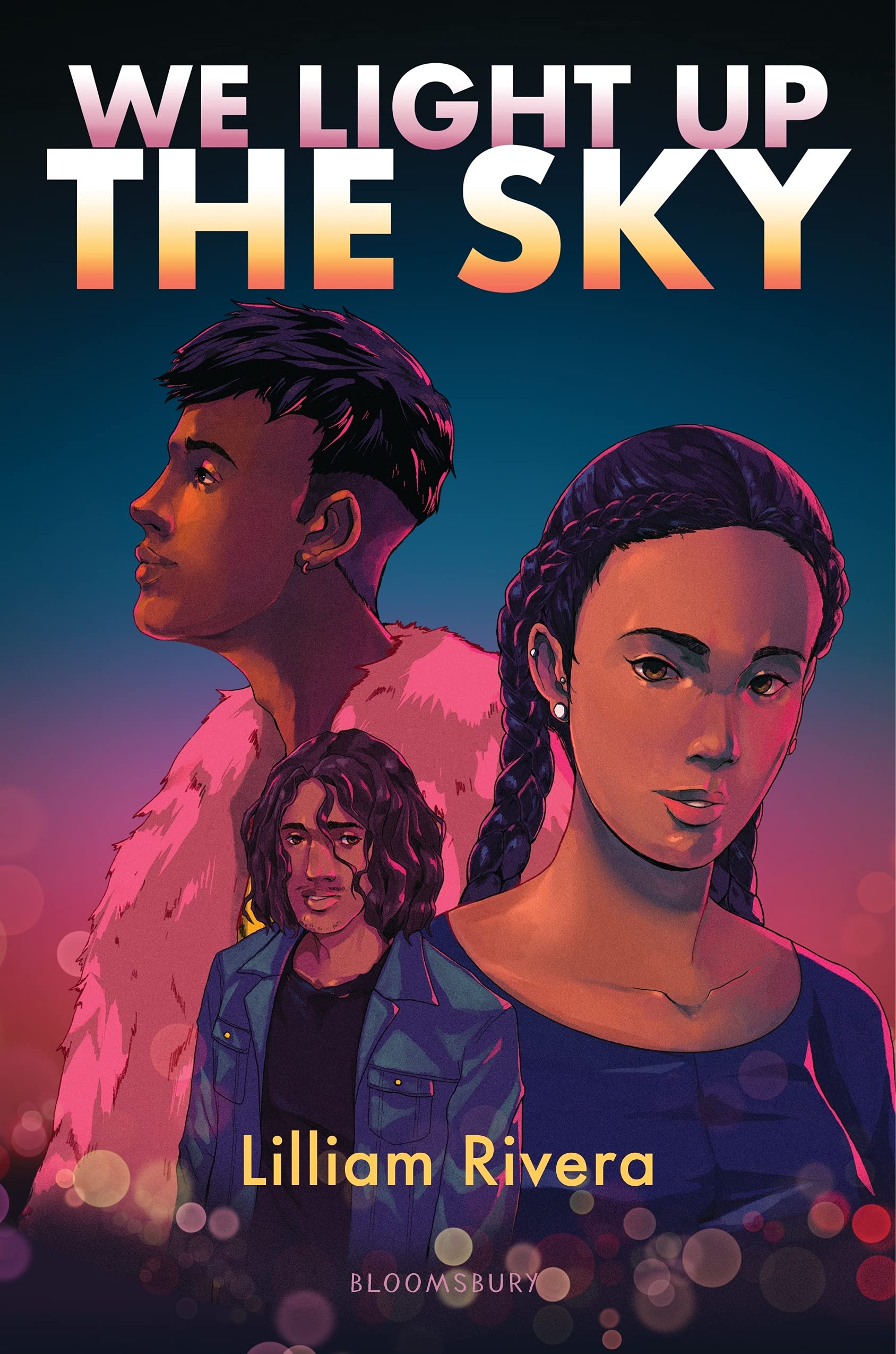 9. We Light Up the Sky by Lilliam Rivera

Rivera reclaims the first-contact, alien invasion story for her communities by featuring three Latinx teens in near-future Los Angeles. In this new YA, Pedro, Luna, and Rafa are peripherals at the same high school when The Visitor lands—a Visitor that looks suspiciously like Luna’s cousin Tasha, who died two years ago from COVID-19. The three teens must work together to save the city, and themselves, when they’re not sure who the true enemy is: the Visitor, or their fellow humans? 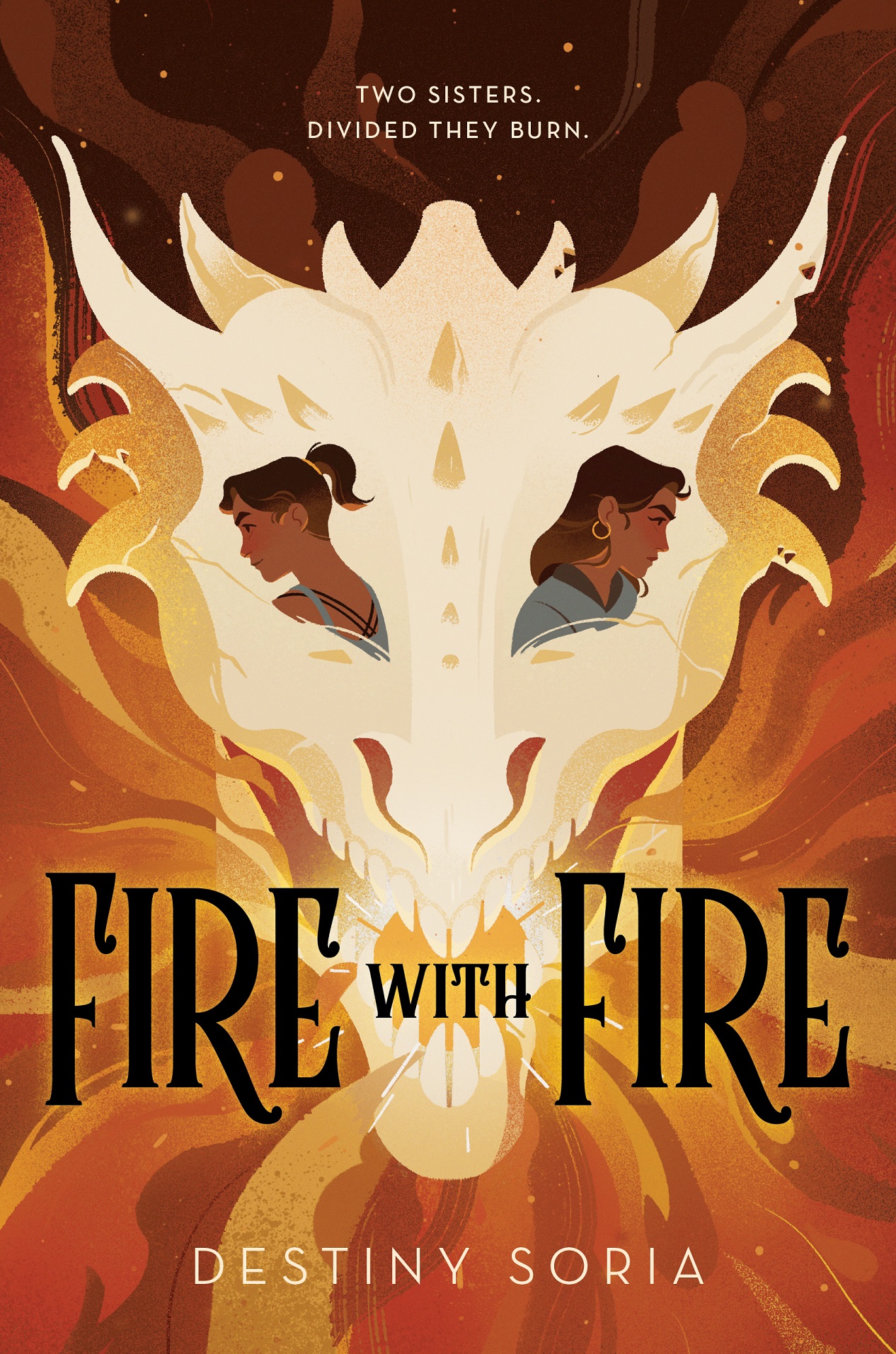 10. Fire with Fire by Destiny Soria

This YA urban fantasy romp features dragon-slayer siblings in contemporary rural Tennessee—what’s not to love? Dani and Eden are a pair of Mexican American sisters, both trying to find their way in the world. When Dani bonds with a rare dragon, the sisters find themselves on opposite sides of the conflict and playing with magic more dangerous than they know. To what lengths will they go to save each other?