Posted on June 16, 2020 at 9:00 am | Comments Off on Anna-Marie McLemore: Exclusive Sirens Interview

As we look toward Sirens, we’re pleased to bring you exclusive interviews with this year’s brilliant Sirens Studio faculty. These conversations are a prelude to the workshops that these faculty will teach as part of the Studio later this year. Today, Sirens co-founder Hallie Tibbetts speaks with Anna-Marie McLemore.

HALLIE TIBBETTS: When we interviewed you in 2018, when you were a Guest of Honor at Sirens, you said of your then-newest release, “Blanca & Roja is also a reimagining of Swan Lake, so in many ways it’s a story about the roles we get cast in—as women, as queer women, as women of color—and how we can write our own stories instead.” You’ve since come out as nonbinary and I imagine that this idea of writing our own stories is as important to you as ever. How do writers push back on expected roles and claim their own stories? Do you have recommendations—fiction, nonfiction, anything—that you think exemplifies people claiming their own stories? 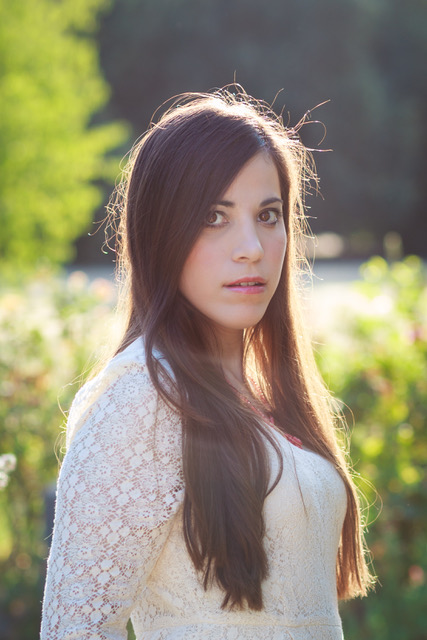 ANNA-MARIE MCLEMORE: It’s strange and wonderful coming back to Sirens knowing so much more about myself than I did a couple of years ago. And it’s funny that you mention Blanca & Roja, because I think I was trying to tell myself something with that book. There’s a passage where Page, who uses alternating pronouns, is talking about gender identity, and says “what you are is more beautiful than what you once thought you had to be.” My writer heart was basically screaming at me to hear those words, but it took me months to get that. Sometimes our storyteller hearts just know things first.

Thinking about claiming our stories, two books that come to mind are Dark Triumph, by Sirens community star Robin LaFevers—Sybella is an unforgettable example of a character who accepts that trauma is part of her but decides it won’t determine her—and This Is My Brain in Love, the latest from I.W. Gregorio—this book just gets what it’s like to have your brain buzzing with anxiety, while showing the characters as the fully complex people they are.

HALLIE: You’ve described your newest work, Dark and Deepest Red, as “sort of the secret history of a fairy tale.” Fairy tales are important to you: you re-tell them, you write new ones, their themes are inherent in your work. What is it about fairy tales that makes them so important to you?

ANNA-MARIE: Fairy tales are not just universal—every tradition has them—they’re also a way to talk about things that sometimes go unaddressed. In my own writing, fairy tales—whether I’m creating my own or reimagining a classic—are a landscape where magic speaks when something goes unspoken. When the Moon Was Ours is a fairy tale about a boy who paints the moon and a girl who grows roses from her wrist; it’s also about transgender identity and recovering from trauma. Wild Beauty brings readers into a world of queer Latina girls and murderous gardens; it also brings them into a conversation about colonialism and worker exploitation. When I reimagined “Snow-White & Rose-Red” and Swan Lake in Blanca & Roja, I was writing about colorism, queerphobia, and ableism while writing about enchanted forests and vengeful swans.

HALLIE: How and when did you fall in love with fantasy literature?

ANNA-MARIE: I fell in love when I stepped into Narnia as a little kid, and I kind of never left. But my dyslexia meant that I had a complicated relationship with reading. I was slow to identify myself as a reader because I was slow at the actual act of reading. But there were books that drew me in, overcoming my self-consciousness about whether I was really “a reader.” Many of them were fantasy novels. Two that were huge for me were Grave Mercy, by the above-mentioned Robin LaFevers, and Ash by Malinda Lo.

HALLIE: Since you’re coming to teach a writing workshop at Sirens, let’s talk writing! You’ve now published five young adult novels. How have you evolved as a writer, and how has your process evolved with you?

ANNA-MARIE: With every book, I get a little braver, and louder, about who I am, the communities I come from, and the stories I want to tell. My most recent book, Dark and Deepest Red, reimagines “The Red Shoes” in the context of the 1518 dancing plague. To tell that story in a way that felt honest and true, I knew it had to be about two brown girls five centuries apart, and it had to be about the ways they take the worst things the world says about them and use them to fight back.

I’m rallying all those little scraps of bravery as I look toward my next book, The Mirror Season, going out into the world. It’s the book of my SA survivor heart. It’s a story about two survivors, a secret forest, an enchanted pastelería, and the ways we find magic within our broken hearts.

HALLIE: This fall—fingers crossed!—you’ll be teaching “Finding Magic: Enchanting Characters and Their Worlds,” a writing workshop on magical realism, as part of the Sirens Studio. What can attendees expect from this time with you?

ANNA-MARIE: “Finding Magic” will be part primer on magical realism, part workshop on interweaving the idea of magic and character. Magical realism is a point of view I often come from as a Latinx storyteller, and it’s going to be the starting point to get us talking about crafting unique and vibrant magic as an integral part of a story’s landscape, no matter what the particular magic in your story looks like.

HALLIE: Sirens is about discussing and deconstructing both gender and fantasy literature. When we asked you this question a couple years ago, you talked about how your mom would be a brilliant and stylish queen or the most glamorous of witches. Would you like to shout-out someone else? Could you tell us about a woman or nonbinary person—a family member, a friend, a reader, an author, an editor, a character, anyone—who has changed your life?

ANNA-MARIE: Oh wow, thank you for reminding me that I said that about my mom, because I don’t think I ever told her, and that’s going to make her day.

I dedicated Blanca & Roja to two women who changed my life in a way they probably didn’t even realize at the time. But I’ve been trying to get in touch with them ever since. I’m a little heartbroken today, because I just found out that one of them died recently. She and her wife were together for over six decades. Still working on getting in touch with her wife. I’m really hoping I get to tell her how the two of them changed everything for me. Wish me luck <3

Anna-Marie McLemore (they/them) is a queer, Latinx, non-binary author who grew up hearing la llorona in the Santa Ana winds. Their books include The Weight of Feathers, a 2016 William C. Morris YA Debut Award Finalist; 2017 Stonewall Honor Book When the Moon Was Ours, which was longlisted for the National Book Award in Young People’s Literature and was the winner of the 2016 James Tiptree Jr. Award; Wild Beauty, a Kirkus, School Library Journal, and Booklist best book of 2017; Blanca & Roja, a New York Times Book Review Editors’ Choice; Dark and Deepest Red, a Winter 2020 Indie Next List title; and the forthcoming The Mirror Season.

Hallie Tibbetts has been involved with Narrate Conferences since its inception in 2006, serving variously as education officer, communications officer, and vice president, along with chairing a number of conferences (including many years of Sirens). She works in editorial at Little, Brown Books for Young Readers on books for children age zero to eighteen, but doesn’t mind if grownups like those stories too.